This project was an idea born out of the client’s passion for cinema and we were approached to renovate the 50 year old building. The design brief was a clean slate left to the imagination of the design team. We sought inspiration for design from the surrounding of the theater and the lifestyle of the user. Nostalgia and awe are key features of the design, which assimilates visitors the second they enter the lobby with two curved staircase.

Located amidst farms and fields, it is common to sight flocks of birds during dawn and dusk. The design intent was to reinterpret this familiar scene inside the confines of a cinema. Integrating lighting automation technology and custom designed lights that are inspired from the wingspan of birds create a surreal experience of a flock descending into the movie space. The lighting sequence is programmed based on the timing between shows and initiated during the interval breaks. The curved arrangement of seats enhances the viewing experience. Just as the audience converges at the center aisle during the end of a show, the seats are also arranged to merge in the center, where the black and red seats fade out into each other. A view from the screen towards the top rows creates a perception of the red seats blending into the black seats eventually merging with the background.

The design of the lobby is inspired by the classical double staircase of the traditional homes around the region. Both the curved stairs lead to the upper level of the cinema. The double height walls along the stairs act as canvas to showcase the black and white portraits of yesteryear actors and their movie posters. The walk up to the cinemas screen is a designed to be a nostalgic experience for older audience. The façade is covered with ACP panel, which are layered in multiple tiers as they rise up. The project being a brand building exercise for the client resulted in becoming a land mark for the small town that it is located in. 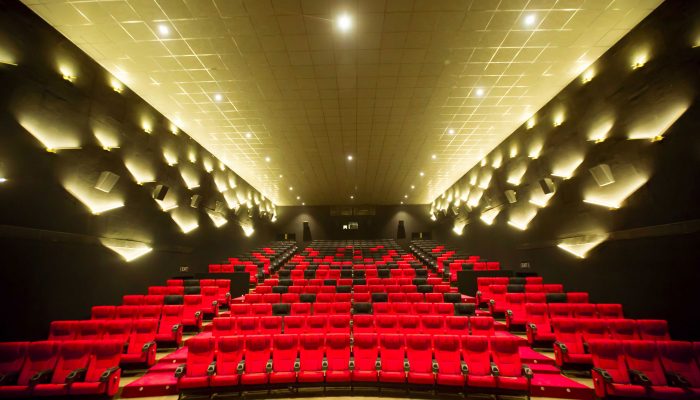 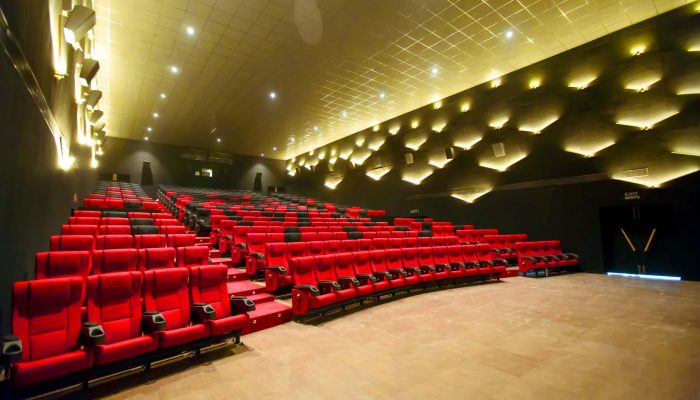 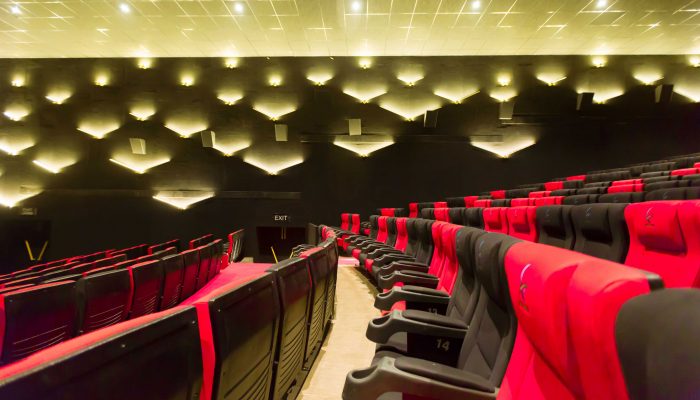 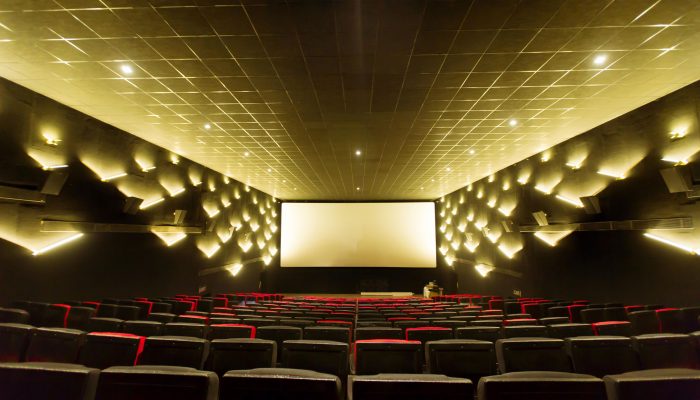 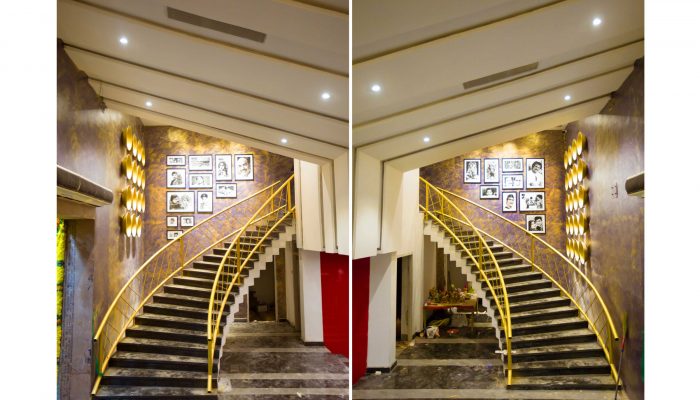 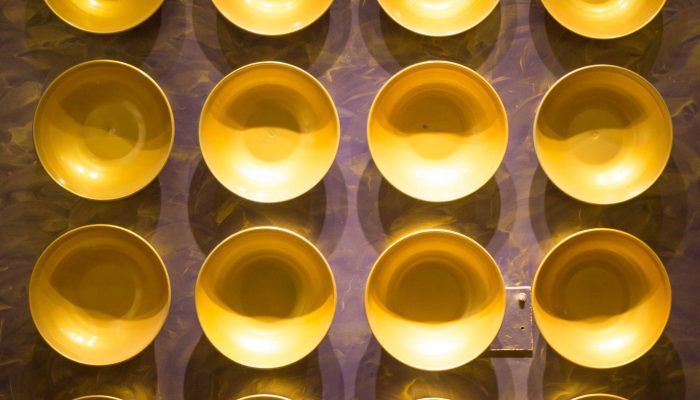 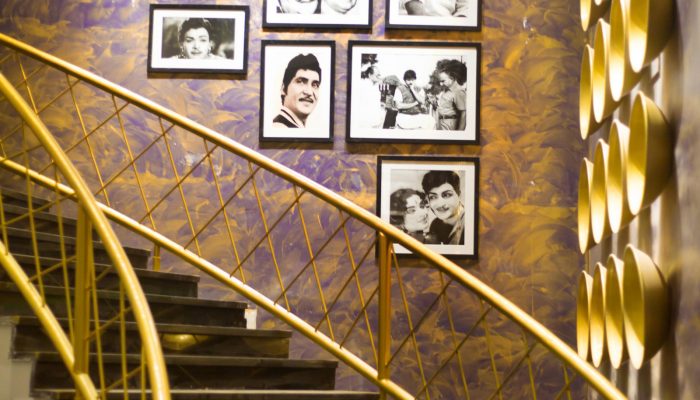 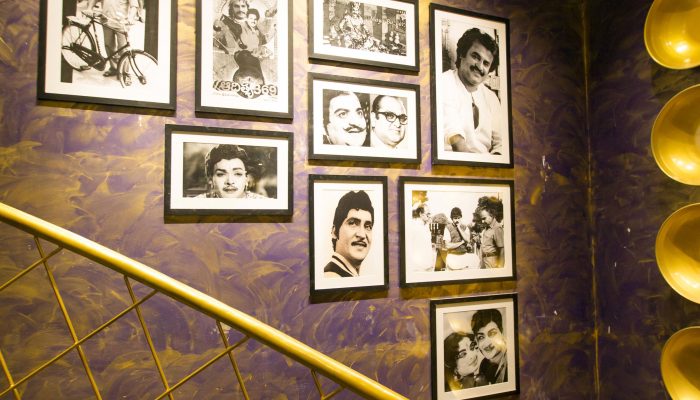 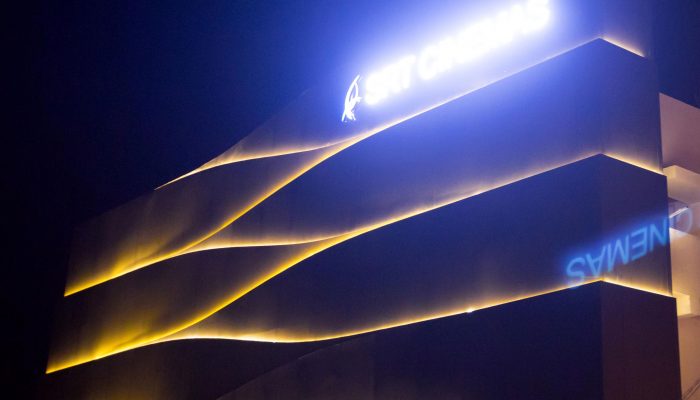 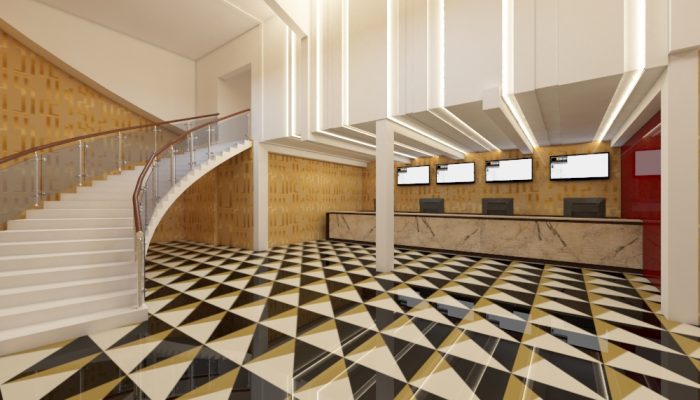 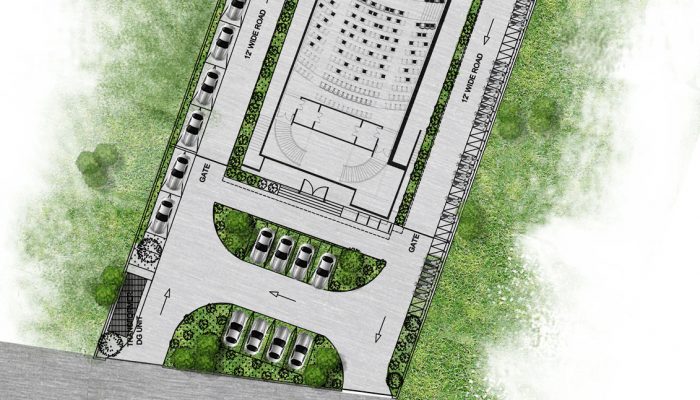 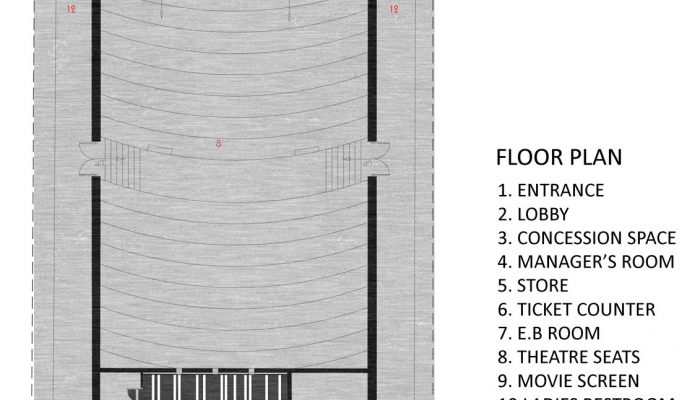 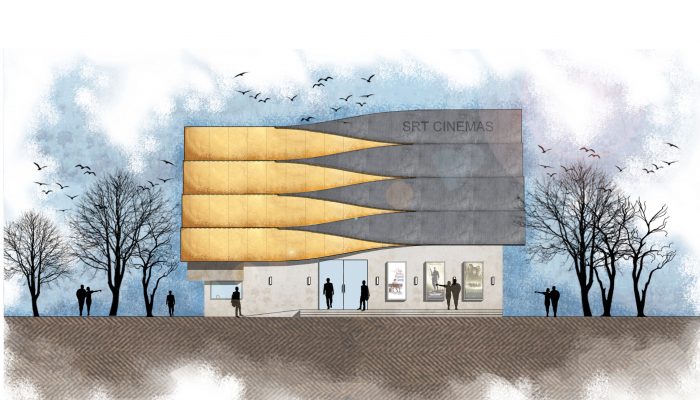 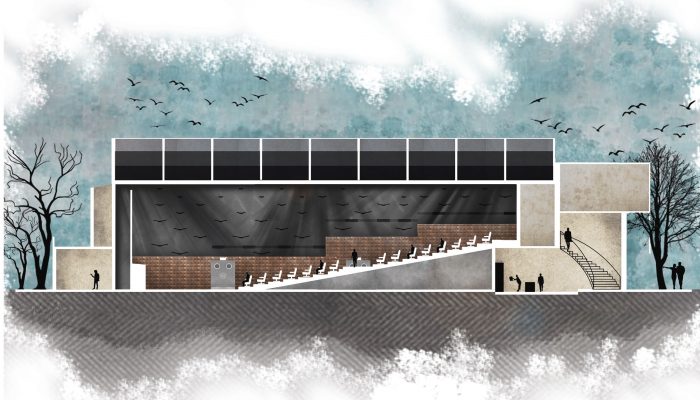 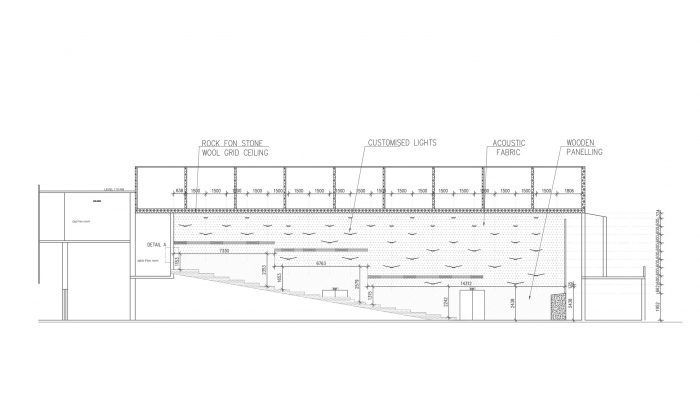 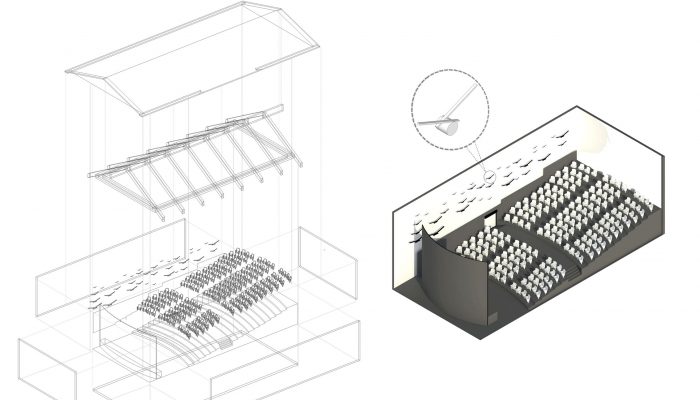 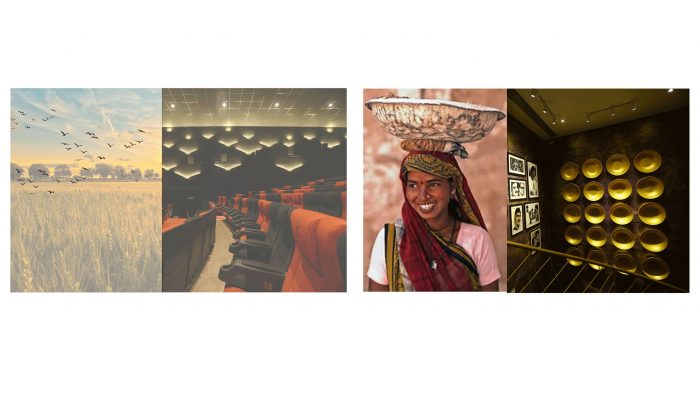 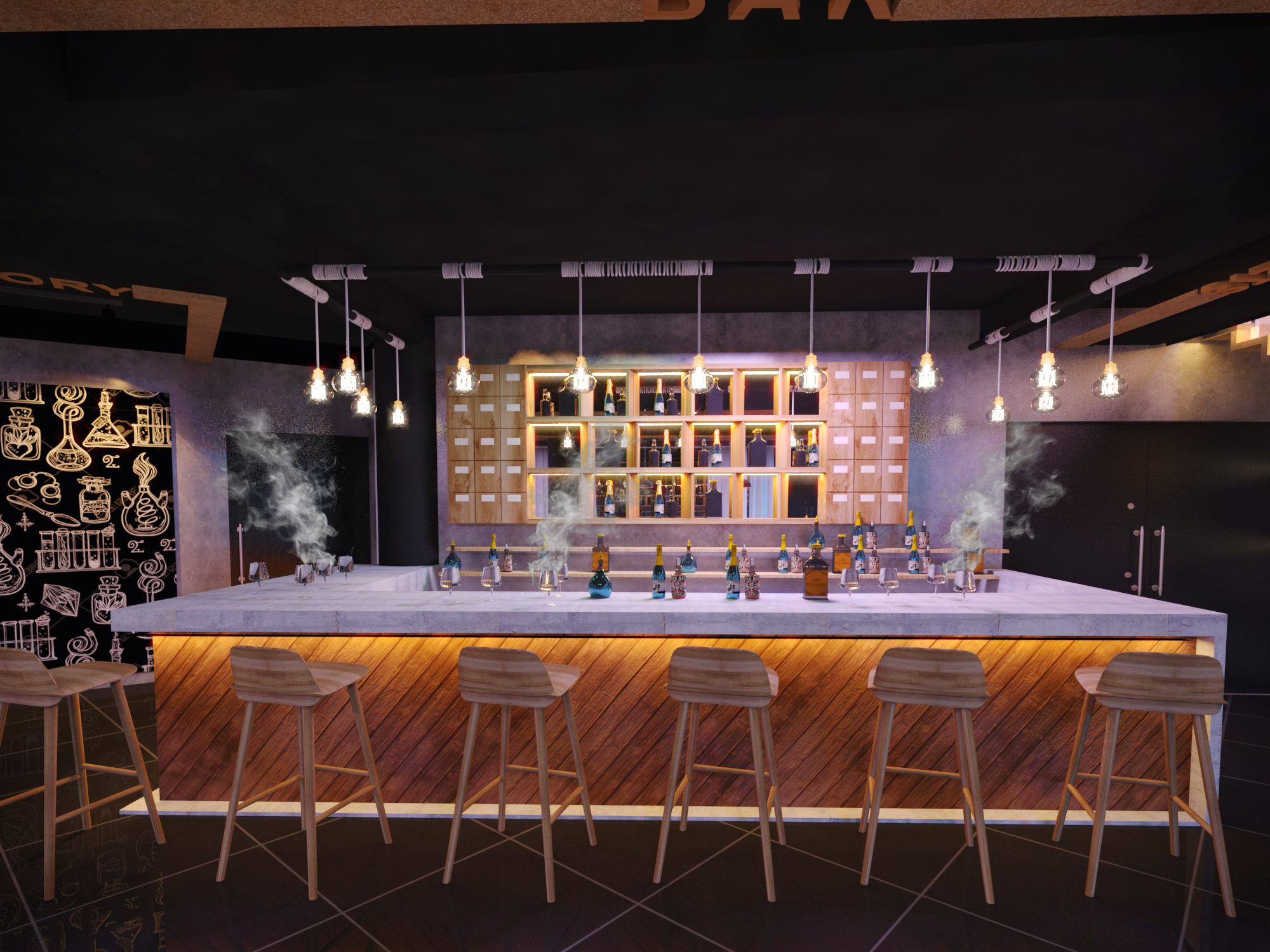 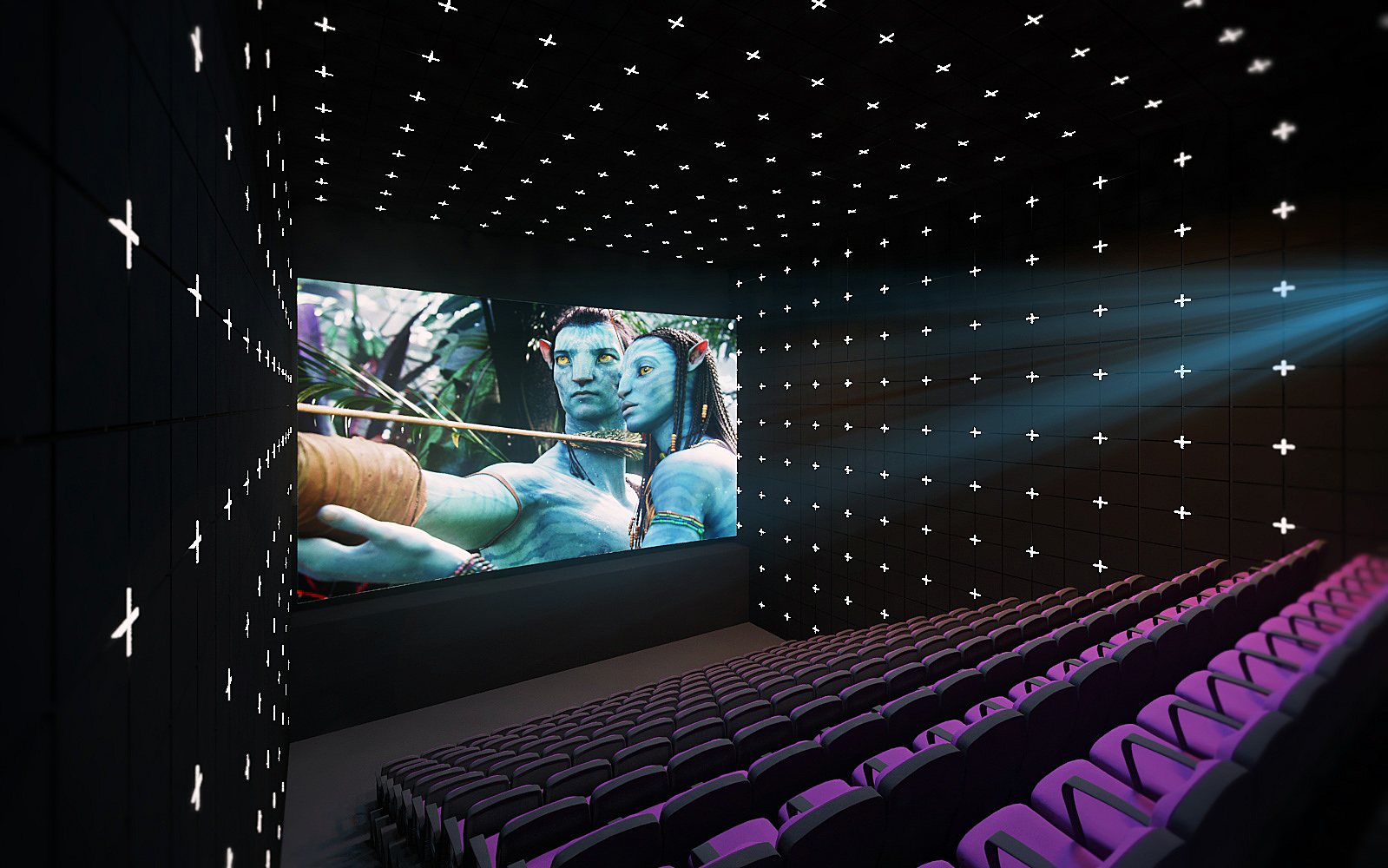 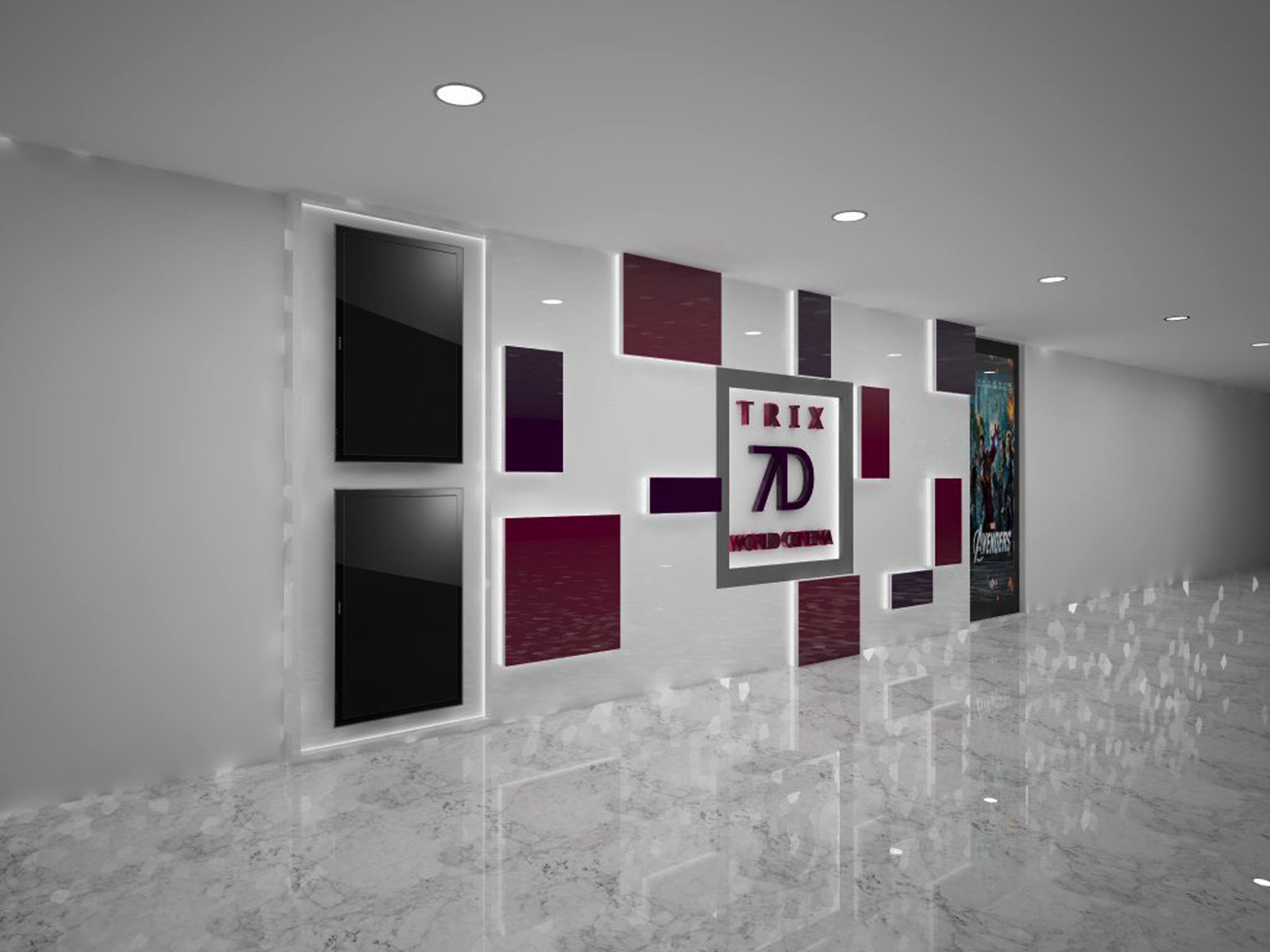